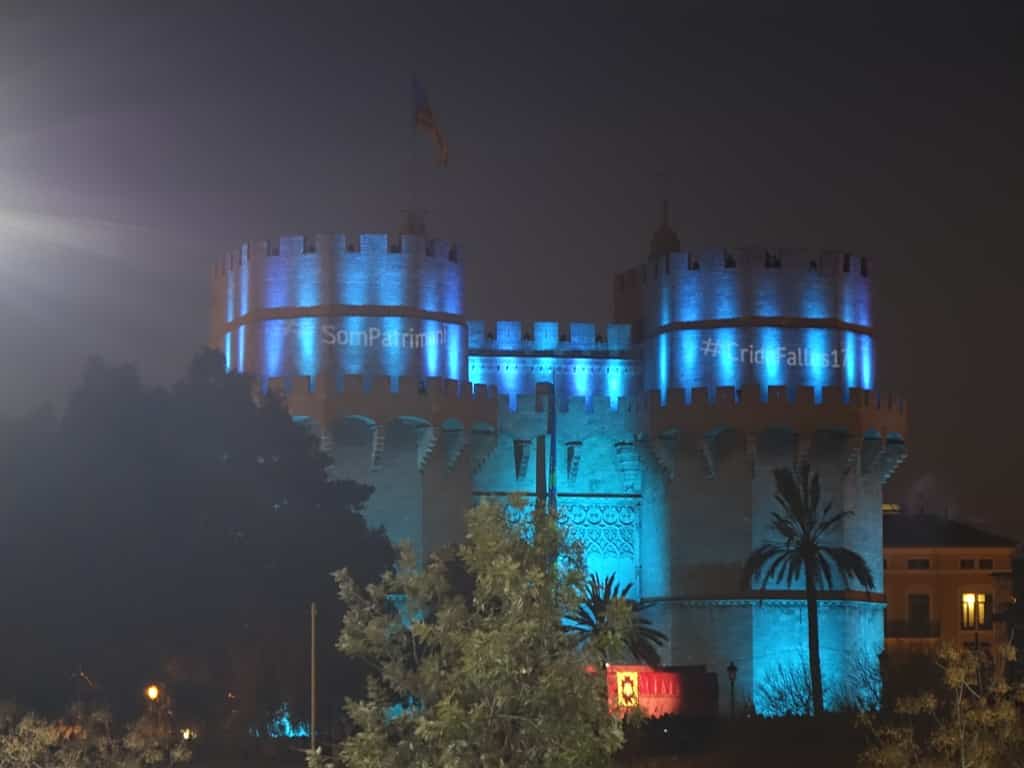 The official opening of Las Fallas, La Crida, will be on Sunday, March 1st, starting at 20:00, at Serranos Towers, marking the laic part of the festivity.

La Crida will be attended by town hall and government officials, but also officials of the falleras associations, fallera mayor, fallera infántil and the court of honour.

The event’s aim is to invite all the people in Valencia at the Las Fallas festivities.

The manifestation will close with a show of colours and projected lights on the towers, followed by a pyrotechnic show.

Recommendation: Those who want to have good visibility of the Serranos Towers need to arrive at least an hour earlier. The ones who are truly passionate about this event arrive even 2 or 3 hours prior.

After the ceremony at the Serranos Towers ends, the official religious opening of Las Fallas starts in the Virgen de los Desamparados Church, in Plaza de la Virgen.

The starting time is not precise, being dependent on the amount of time it takes the fallers to walk from the towers to the Plaza, seeing that the narrow streets will be very crowded.

For persons interested in seeing an official fashion show, this would be the right time! The falleras, dressed in traditional costumes, as well as their courts of honour, will all be present in the Church. Each fallera will lay a flower bouquet as a tribute at the Protectress of Valencia’s Statue.

How to reach Serranos Towers by means of public transport:

– Find out how you can travel across Valencia on the EMT website, here.

– Find out what bus routes are diverted with the occasion of La Crida here.

Here you can watch a video where the falleras mayor, falleras infántil and the court of honour enter the Virgen de los Desamparados Church i took it last year: